Having been born in 1994 I wouldn’t have had the chance to go to shows held by all the classic thrash bands like Metallica and Megadeth in their prime, at a pub or small venue where the band and the fans were so close you could almost taste each others sweat, sure I could go to a Megadeth show now, but they play in stadiums, there’s some sort of itch that can’t scratch.

I’d just like to say this itch has been scratched by Brisbane thrash band Malakyte, (supporting the release of their kick arse album Human Resonance) and to those astute enough you’d noticed I’d just said that Malakyte is in the same league as Metallica and Megadeth, I have no hesitation in making this claim as these guys left my neck sore for a week.

Pure thrasing goodness was on offer with one of the tightest sounding live shows I’ve been to, and as a nice bonus almost every song played was off Human Resonance, a great first outing for the band with one excellent cover of Peace Sells from Megadeth, personal highlights for myself include Inbetween Terminals and Media Suicide.
The brass balls that these guys bought onto the stage was admirable, these guys know how to put on a damned good show, each and every member was intense, including a hilarious bit where the guitarist formed a mosh pit around him right in the middle of the crowd and riding on the shoulders of one of the attendees. 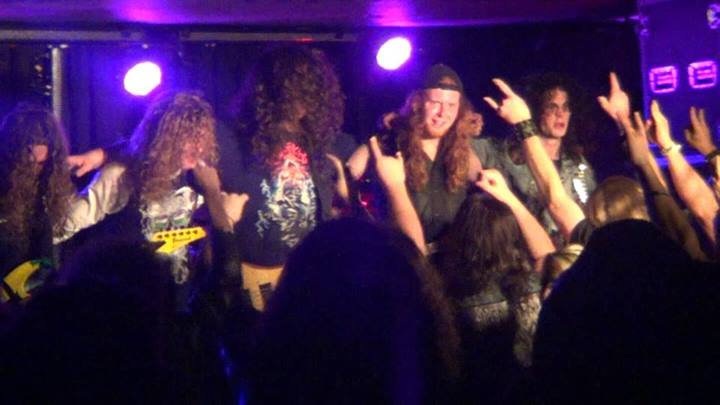 If these guys are gonna be playing near you make sure to round up all your mates and go to that gig, these guys are damned good and you’ll be having yourself a great neck workout.

13 out of 13 malachite stalactites.