I’m supposed to be writing a review of Dead City Ruins when they played live at the Whole Lotta Love bar to kick off their tour of WA and South East Asia but how did that saying go, a picture is worth a thousand words? So here you go job done. 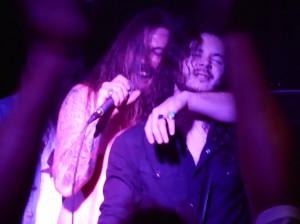 What not good enough? Alright then I’ll spell it out for you.
Dead City Ruins supported by Child, took to the Whole Lotta Love bar in Melbourne and gave every non metal head around us a reason to go out to a club or something because we were in the neighborhood and if you didn’t know, the wall of sound simply hadn’t caught up to you yet.

The night started strong with Child warming us up with some killer songs setting a high standard that had to surpassed for the night to be a success  but nothing could of prepared us for the storm that was coming.It is a bit hard to pay attention to finer details when you are headbanging the names of specific songs escape me, but if the music almost physically forces you to headbang then its doing something right.

The night went from strength to strength with each song upping the bar and being followed through by the standout energetic presence that can only be known as Jake Wiffen. That is not to say the rest of the band was lacking their own energy, quite the contrary in fact as the stage its self was tiny (as was the bar its self but still housed about 80 metal heads comfortably enough) so there wasn’t physically room for them to show off their energy but everyone in the bar could feel in the air.

The show was executed well, nothing seemed off or sounded wrong and the music flowed beautifully from one song to the next, you never really felt like you were waiting for the next song to start or that now would be a good time to reflect on how many beers I have actually had to this point. there was none of that just a pure heavy metal ride through and through that only ever left you wanting more because before I knew it, the show had ended and myself at the merch table buying what my wallet allowed for.

The only real complaints I have are not really related to the band but more the choice of venue (good as it was) being a little too small for my tastes but this is definitely a band that I recommend seeing live because no amount of pictures, video or rambling reviewer can properly describe, its something you have to experience yourself. 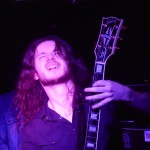 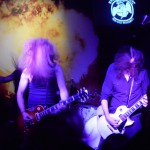 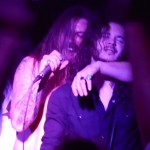 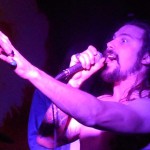 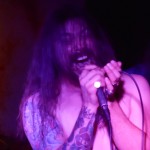 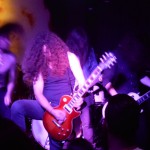 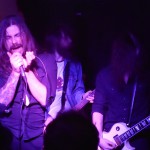 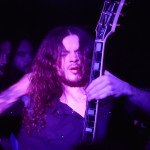 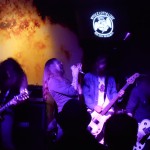 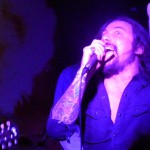 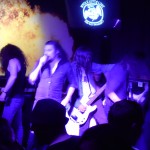 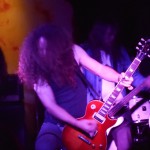 And yes, I am well aware I need a new camera

Writer and editor for Metal Warriors. Doubles as photographer with an interest in technology and video games.